Islam And Fortune Telling - Why It Is Forgiven For Muslims 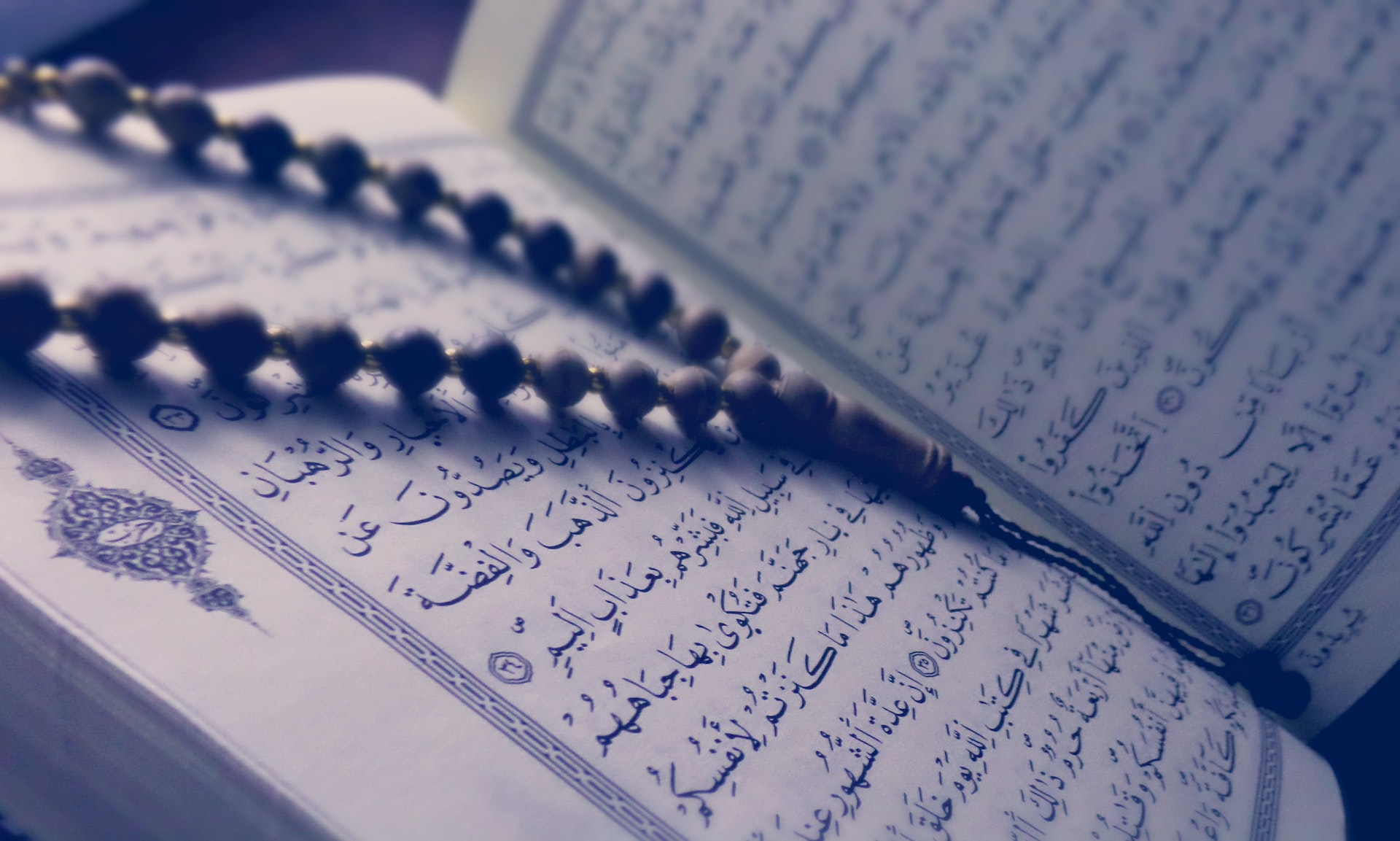 Today, fortune tellers are practically ubiquitous. They give themselves names that are sweet-sounding or contemporary, and then they go about their business. It would not be an exaggeration to say that fortune telling is the only practice that heavily relies on people's emotions.

This was demonstrated by the Prophet, who declared that fortune tellers are useless. Islamic, Salam (123) In other words, the claims made by those who claim to be able to predict the future are meaningless, irrelevant, and pointless. But what else is there to say about Islam and fortune telling? This article investigates it.

What Is Future Telling?

The purpose of fortune-telling is to predict what will happen in the future, especially when it involves a person's life. People make a variety of claims regarding their ability to predict the future.

For instance, the study of a person's hand's lines is known as palmistry. Understanding how the locations and motions of the stars and other celestial bodies affect human affairs is the goal of astrology.

Additionally, numerology involves the use of numbers to make future predictions. The act of foretelling the future or figuring out what is concealed is known as divination or soothsaying. 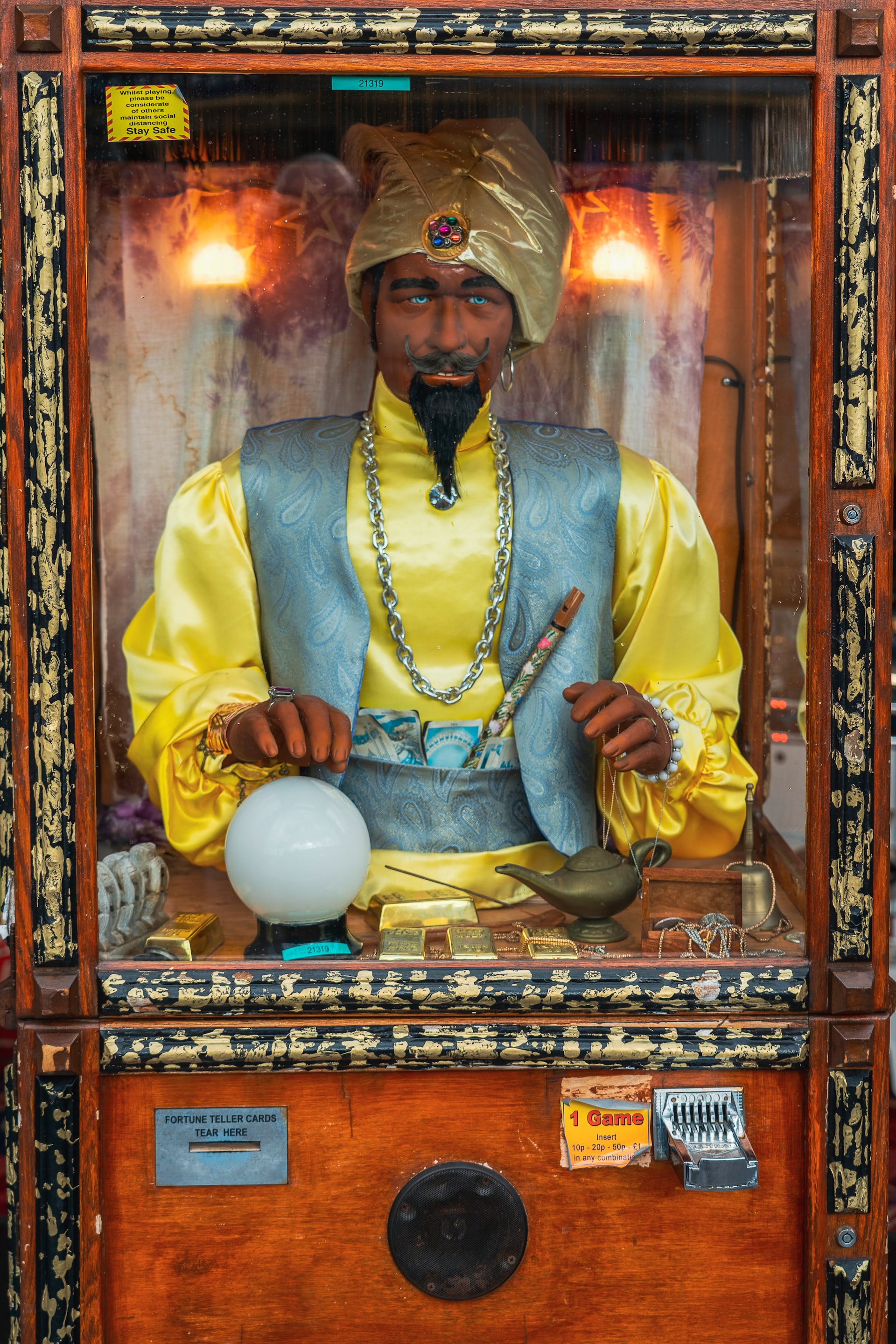 Even though predicting the future is an ancient art, it is still practiced in many forms today. For instance, having your palm read by a "professional" is commonplace in several societies. Horoscopes that you can read online or in magazines and tabloids are now even more popular. Additionally, literature about palmistry and related "arts" exists.

In TV shows where they attempt to predict the future or ascertain what individuals are dreaming about, astrologers and diviners also make appearances. Some people do these things just for fun, while others really believe that predicting the future is possible.

Predicting The Future By Using The Name Of Islam

Because of what the media portrays, astrology and other methods of predicting the future are associated with Islam in many Muslim cultures. Some people try to predict the future or learn about it by using amulets, so-called religious incantations, and other objects. They might even try to make people confused by using Islamic ideas like those about fate or the jinn.

Some individuals might truly believe these folks if they don't know much about the Quran and Hadith on this subject.

However, in actuality, Islam forbids fortune-telling. Even when disguised with religious symbols, all forms of fortune-telling are strictly prohibited in Islam. Let's examine what is said about fortune-telling in the Quran and Hadith and how it is taught in Islam.

One of the most crucial concepts in the Quran is that only God is aware of what is invisible. No one else possesses this same quality as He does, not even the prophets, who were only given limited knowledge of the invisible by Allah.

According to the Quran, only Allah is aware of what is unseen, and people are unable to predict when they will be revived from the grave. (Quran 27:65) Therefore, it is impossible for anyone to predict the future with certainty. No soul knows where it will die, and no soul knows what it will earn tomorrow, according to Allah. In actuality, Allah is aware of all things. (Quran 31:34) 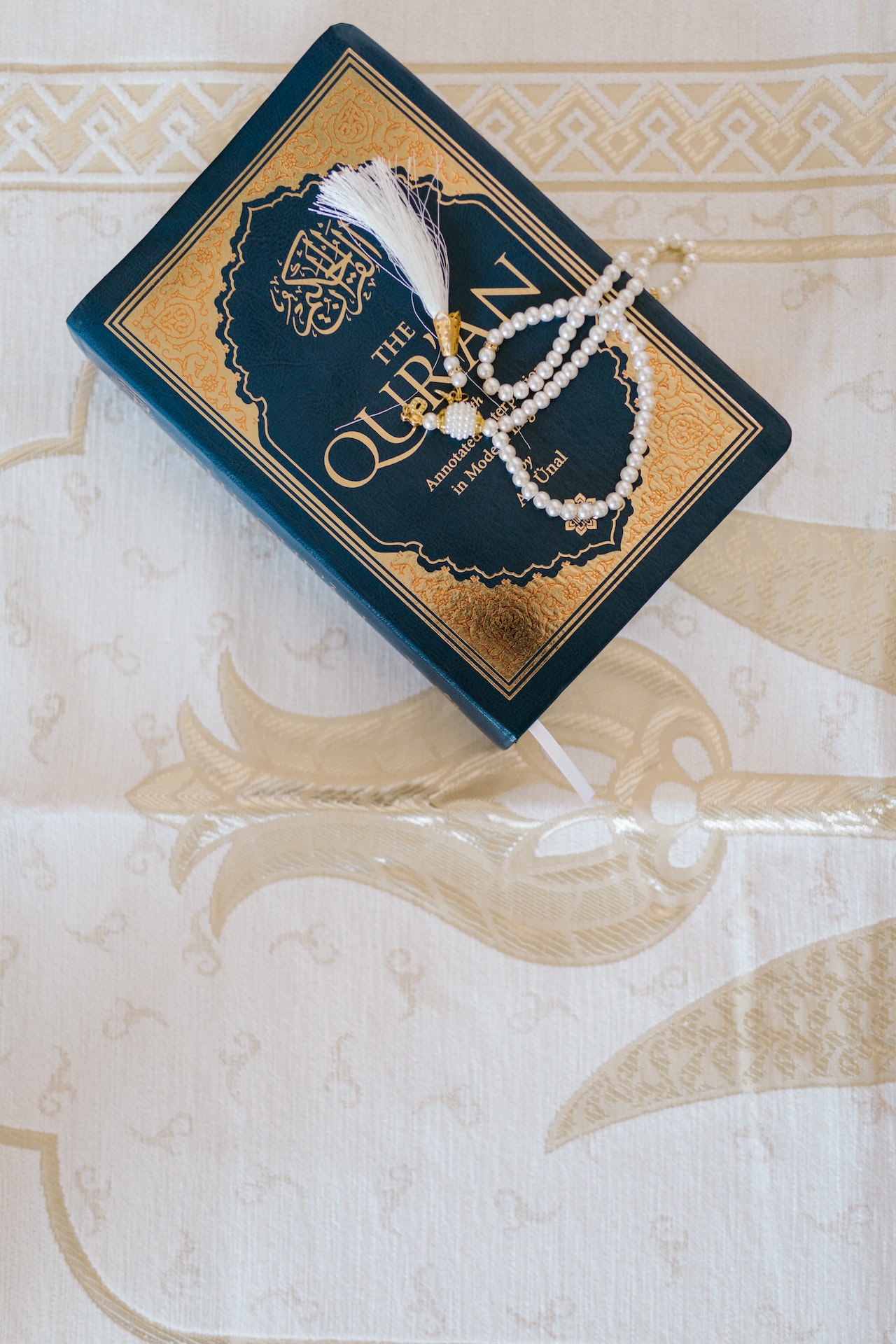 Astronomy And Astrology Are Two Distinct Fields Of Study

It's critical to distinguish between astrology and astronomy because they are sometimes used interchangeably. Astrology is the practice of forecasting the future by using the stars and their patterns. Contrarily, astronomy is the study of the stars, planets, and the cosmos as a whole.

Astronomy is founded on concepts that may be observed, methodically researched, and pondered interchangeably. Astrology is the practice of forecasting the future by using the stars and their patterns according to Joynumber, even if the practice started as a kind of science it's now just a bunch of tricks.

Contrarily, astronomy is the study of the stars, planets, and the cosmos as a whole. Astronomy is founded on concepts that may be observed, methodically researched, and pondered. For a very long time, it has aided people in locating themselves and keeping track of time.

Because it has nothing to do with how the stars and planets affect our lives, astronomy is permitted in Islam. In reality, the Quran has a few mentions of astronomy, which explains how Muslim scientists were able to make significant advancements in the discipline.

Why Telling The Future Is Unreliable

It is true that in the past, a fortune teller may have been occasionally accurate in their predictions. When asked about fortune-tellers, the Prophet declared that they were nothing. "Prophet of Allah, sometimes what they say turns out to be true," people remarked.

The word that ends up being genuine, he said, is "what a jinn snatches from the skies and then pours into the fortune-tellers with a sound like a chicken cackling, and then they add a hundred lies to it." (Bukhari)

Allah, however, has made it difficult for the jinn to listen in on the angels and learn about things that are unseen since the Quran descended from heaven. According to the Quran, a group of jinn attempted to enter paradise but were unsuccessful due to ferocious guardians and flames.

Anyone who listens now will be met with a scorching flame instead of us sitting there where we might hear. (Quran 72:8-9) Therefore, it is impossible for a modern-day fortune-teller to employ celestial knowledge to make predictions. Today, fortune-telling is mostly used by con artists to take advantage of people who believe everything they are told.

Objections To Fortune-telling Among Muslims

Telling the future is based on superstitious religions and beliefs and has nothing to do with religion, belief, the Quran, or Islam.

Such superstitious lies should not be used to jeopardize the mind, heart, and faith of a devout person. He should think that Allah is in charge of everything instead. He should have faith in his Lord, pray to him for assistance, and have a firm belief in God's authority.

What Happens When A Muslim Visits A Fortune Teller?

Your friend shouldn't be terrified by what the fortuneteller said or pay attention to it as long as he has requested Allah's pardon. Some of the ideas he discussed might or might not come to pass. Because only 1% of predictions made by a fortune teller are accurate, they rarely come true most of the time. 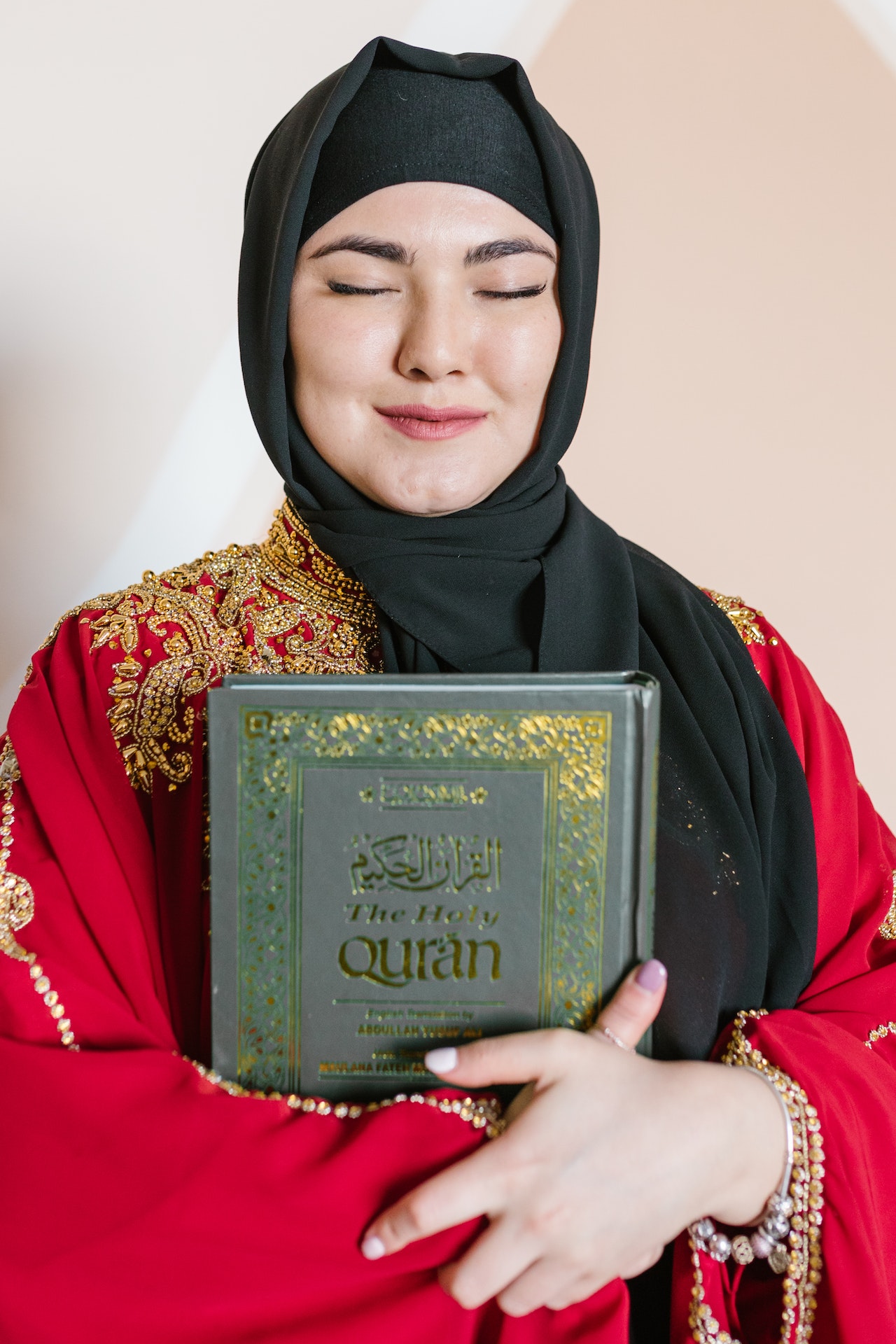 Good muslim after reading the quran

What Is Fortune Telling In Islam?

Is Astrology Allowed In Islam?

Astrology is mostly forbidden in Islam, but early Muslims used the sun and moon to figure out important dates and times, like where Mecca was, when Ramadan began and ended, and when each month began and ended.

What Is The Origin Of Fortune Telling?

Evidence suggests that fortune-telling techniques were used as early as 4000 bce in ancient China, Egypt, Chaldea, and Babylonia. Prophetic dreams and oracular utterances played a significant role in ancient religion and medicine.

Is Wealth A Blessing In Islam?

Among the bounties is wealth, which is a trust from Allah the Almighty that needs to be efficiently employed. Wealth shouldn't be wasted in such a way that it promotes corruption, power abuse, and waste.

Islam and fortune telling cannot be mixed. The rule against telling the future is very strict because it means that other people have access to some of Allah's knowledge about things that can't be seen, which He has kept for Himself, and that they can also lie to and trick other people.

This results in shirrk, which is another word for uniting with Allah. The Quran claims that if you don't really seek forgiveness, this is the one "unforgivable sin" and the worst thing you can do in His eyes.

As a result, even if it appears to be harmless, it is best to avoid fortune-telling. People frequently check their horoscopes, for instance, out of curiosity or for amusement, not comprehending the gravity of such an apparently insignificant act. So, it is very important for Muslims to avoid all kinds of fortune-telling and get rid of them completely.