The Houthis - Who Are They? 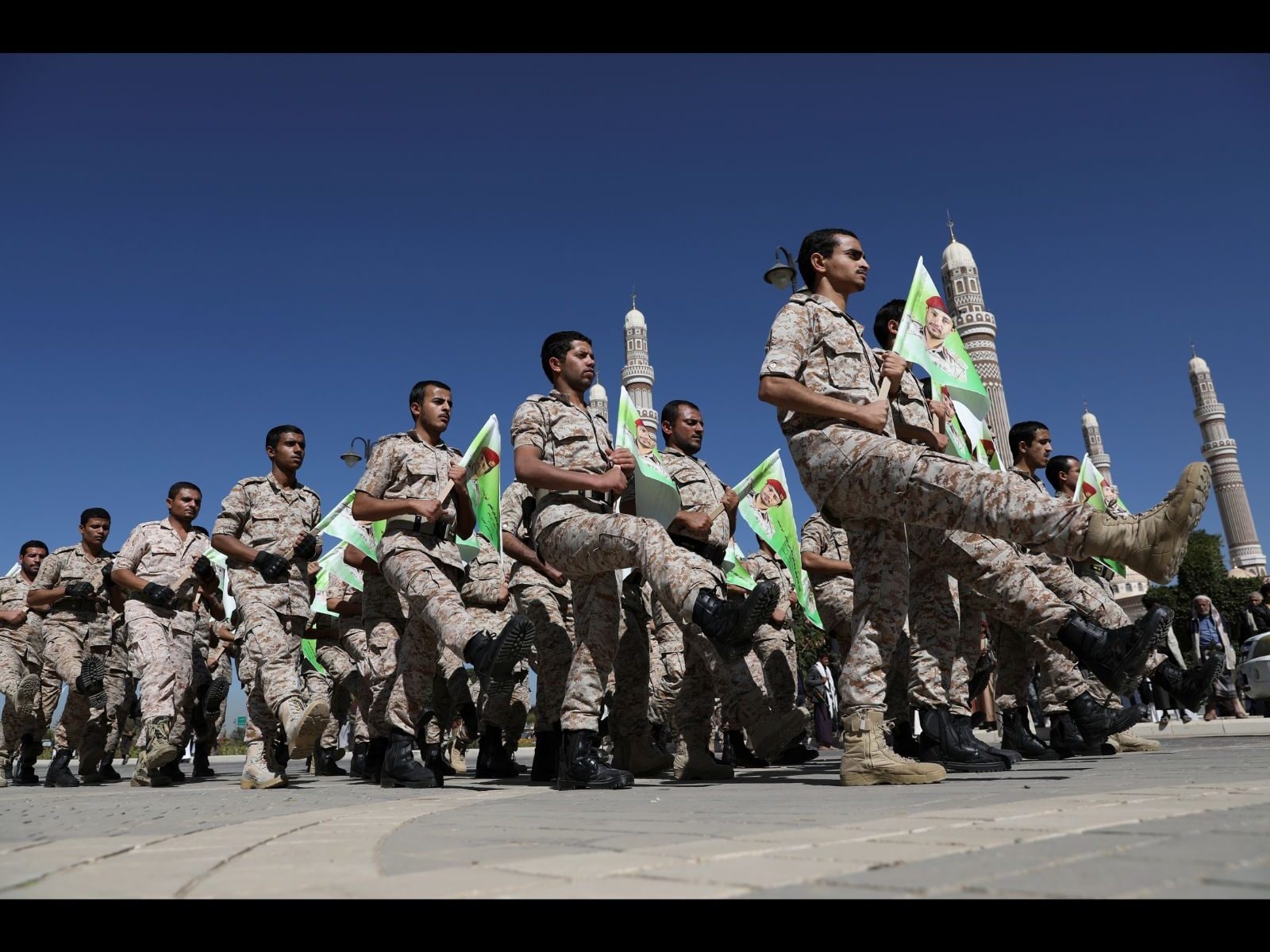 The Houthis, a group within the Zaydi Muslim community in Yemen, complain about discrimination and persecution by the Yemeni government. The roots of the Houthis can be traced to a Zaydi group called the Faithful Youth (al-Shabab al-Mu’min) that came to prominence in the aftermath of Yemen’s unification.

They are mainly based in the Sa’dah governorate, and various grievances accumulated over the years that pitted them against the Yemeni government in an armed confrontation in 2004, in which the Houthi leader Hussein Badr al-Din al-Houthi was killed.

The Yemeni government’s corruption and perpetual social inequalities, its close cooperation with Saudi and U.S. foreign policy objectives and its support of Saudi-backed Salafi institutions and personnel encroaching into Zaydi territories to a large degree explain the Houthis’ hostility toward the regime in Sana and Saudi Arabia.

In addition, scholars of Yemen take into account “intangible” factors such as ideology and beliefs when analyzing the confrontational behavior of the Houthis with the state.

The Zaydi belief in khuruj (“coming out”) against oppressors and the ungodly is part of the reason that Zaydis have been in a conflict with the Yemeni government.

It made the Zaydi sect, and Houthis in particular, not only a religious minority but also a potential source of instability for the Yemeni regime, whereas the Sunni reconciling vision offered Yemen’s rulers stability.

The Sunni classical view of the state, adopted by the Islah Party and many Sunni Islamists and quietist Salafis in Yemen, prohibited rebellion against a Muslim ruler, no matter how unjust he was.

Naturally, former President Saleh, himself a Zaydi, found more Sunni allies during his rule while he fought his co-religionists in the north. A major grievance the Zaydis have against the Yemeni state is the Salafi encroachment into Yemen and its onslaught on Zaydis, a Saudi-backed process in which the Yemeni state collaborated.

Since the 1970s, Saudi Arabia instituted hundreds of “Scientific Institutes” in Yemen that served as a parallel education system to the national school system.

The curricula of the institutes included works by Hanbali and like-minded traditionist Sunni scholars, and the Muslim Brothers and radical figures like Abd al-Majid al-Zindani headed their administration.

According to some estimates, as many as 600,000 Yemeni students enrolled in Saudi-sponsored schools by 2001 (Bonnefoy, 2011a). The Yemeni government supported this Saudi initiative for different reasons.

According to Bernard Haykel, the institutes provided a monolithic Sunni version of Islam for Yemen’s youth, improved Yemeni-Saudi relations, and allowed the government to “patronize institutionally Yemeni Islamists” (Haykel, 1999).

Besides establishing religious schools with Salafi inclinations in Yemen, Saudi Arabia trained in its “Islamic universities” several Yemeni scholars, many of whom came back to Yemen with radical and violent anti-Shiite views.

A case in point is Sheikh Muqbil al-Wadi’i (d. 2001), who is considered the founder of Salafism in Yemen. He was educated in the 1960s and ‘70s at various Saudi religious institutions, including the Islamic University of Medina.

Al-Wadi’i maintained strong connections with Saudi rulers and religious leaders after he moved to Yemen back to Yemen in the 1980s. He is considered by one scholar “a Zaydi reject” (Bonnefoy, 2011b) and by another “a very strong critic of all shades of Shi’ite doctrine.

In his sermons, books, and cassettes, he accused the Shi’ites of being heretics who propagate superstitious beliefs and practices” (Fattah, 2009). In the early 1980s, al-Wadi’i established Dar al-Hadith institute in Dammaj in the Sa’da governorate, where the Houthis are based.

During the Yemeni government’s armed confrontation with the Houthis, Dar al-Hadith is said to have turned into a recruiting center for Salafi militants fighting what the administration of Dar al-Hadith called the rafida (“rejecters,” a term used usually to degrade Shiites) (Bonnefoy, 2011b).

Dar al-Hadith attracts students from Yemen and abroad, including dozens from Britain. As late as June 2012, reports were coming that British Muslim students at Dar al-Hadith were dying on the battlefield in their fight against the Houthis.

Motivated by their own reasons, the Yemeni government and Salafis found themselves allies in their campaign against the Houthis.

The Yemeni government needed a segment within the population to support its attempt to consolidate its power in the north, and Salafis found in the conflict an opportunity to vent their hatred of Shiites and “purify” Islam.

Both the government and Salafis describe the Houthis in the same manner to delegitimize the Houthi movement. The Yemeni government, alongside Saudi Arabia and several Gulf states, has accused Iran and Hizbullah of providing material and technical support to the Houthis.

Similarly, the Salafis link Zaydis in general to a global Shiite conspiracy orchestrated by Iran to corrupt the Muslim world (Bonnefoy, 2011b).

Some observers have echoed the accusations made by Gulf states and Salafis about Iran’s support for the Houthis, citing news reports by Saudi and Qatari-owned media outlets such as al-Arabiya and al-Jazeera.

However, several experts, such as Barak Salmoni, argue that no hard evidence exists that could substantiate accusations linking Iran to the Houthi rebellion, and for various reasons Iran is not in a position currently to offer more than moral support for the Houthis (See Salmoni, 2010, Fattah, 2009, Wells, 2012, and Rahimi, 2009).

The Houthis vented their frustration against the Yemeni government more vociferously after increasing U.S. intrusion into the region in the aftermath of the terrorist attacks on 9/11.

They organized anti-American demonstrations and activities that criticized the Yemeni government’s cooperation with the U.S. “War on Terror.” Yemeni authorities reacted by arresting hundreds of Houthis and engaging in armed clashes with them.

Former President Ali Abdullah Saleh took the advantage of U.S. pressure on him to crack down on armed militants in Yemen in the post-9/11 period to eliminate or deal a major blow to his opponents and political rivals, including the Houthis.

During the conflict between the two parties in the last decade, the Yemeni government engaged in discriminatory practices against the Houthis in particular and Zaydis in general as documented by the Office of International Religious Freedom at the U.S. State Department.

Hundreds of Zaydis were imprisoned in 2010 by the Yemeni government for their alleged engagement in violent activities against the state.

The Yemeni government limited the hours Zaydi mosques could open to the public, closed what it claimed were “extremist” Shiite religious institutes, and replaced Zaydi prayer leaders with Salafi and Sunni clerics throughout northern Yemen and the capital Sana.

Saleh has also repressed Zaydi religious rituals such as the celebration of the Prophet’s birthday. Moreover, the Ministry of Culture and Political Security Organizations censored and banned printed materials espousing the Zaydi and Shiite doctrine.

Furthermore, the Ministry of Religious Endowments distributed grade-school textbooks that described the Zaydi manner of prayer as incorrect.