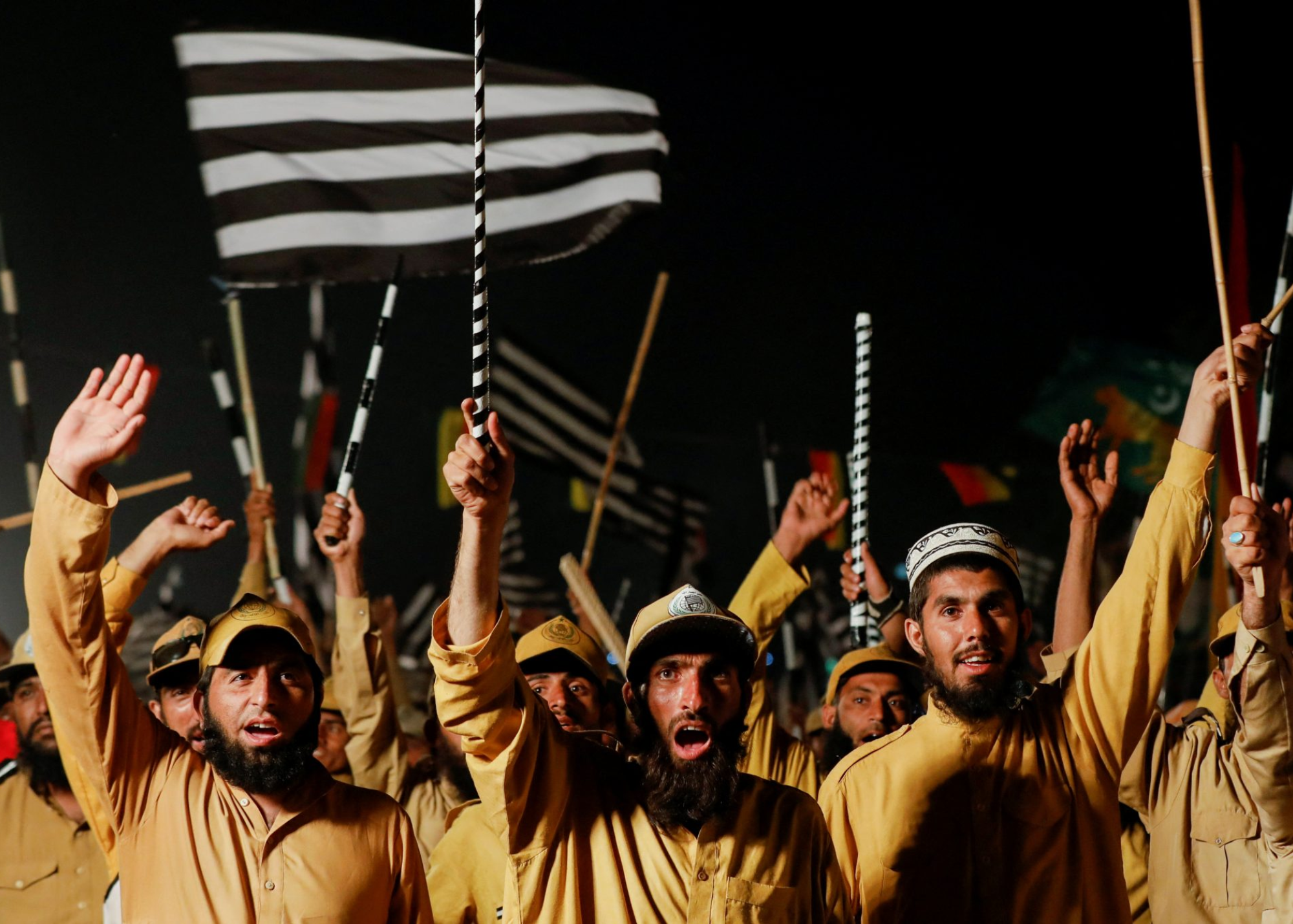 The JUI follows the Sunni Deobandi school. Deobandis have a presence in Sindh, Khyber Pakhtunkhwa (formerly the North West Frontier Province), and Balochistan. The JUI traces its roots to the Jamaat Ulema Hind (JUH), which formed in 1919 in British India and had an anti-colonial bias and was also against the formation of a separate homeland for Indian Muslims.

A faction of the JUH parted ways in 1945 to support the All Indian Muslim League and the creation of Pakistan. This faction came to be known as the Jamiat Ulema-e-Islam (JUI). JUI's first president, Shabbir Ahmed Usmani, broke away from the party in 1947 to form the Markazi Jamiat Ulema-e-Islam (MJUI), which played a key role in the passage of the Objectives Resolution of 1949 that laid down the "Islamic" foundations of future constitutions in Pakistan (ICG Report 2011, p. 11).

The JUI became more politically active under Maulana Mufti Mahmood (1919-1980) who assumed its leadership in 1962 and led the JUI against Ayub Khan’s modernization policies. The JUI also participated in the 1970 elections with the JI and the Jamiat Ulema-e-Pakistan (JUP).

He resigned in 1973 over Bhutto’s dismissal of the Balochistan provincial government. During the 1980s, the JUI supported some of General Zia ul Haq’s policies, including his anti-Soviet Jihad in Afghanistan. Additionally, official patronage and financial support for madrassas during the Zia years allowed the JUI to build thousands of madrassas, especially in the NWFP.

By 1998 Deobandi madrassas across the country had risen to 2,333 and currently the JUI madrassa network is among the largest in Pakistan. At the same time the JUI was distrustful of Zia’s close ties with the Jamaat-i-Islami and joined the anti-Zia and PPP-led Movement for the Restoration of Democracy (MRD) (ICG report 2011, p. 11).

This dual relationship with Zia’s regime eventually led to a split in the party which came to be divided into the JUI-F, headed by Maulana Fazlur Rahman and the JUI-S headed by Samiul Haq, who supported Zia and was a member in his parliament, the Majlis-e-Shura. Over the years the JUI-S has maintained that it is more committed to enforcing Sharia in the country than the JUI-F faction. JUI-S influence is largely restricted to a few districts of Khyber Pakhtunkhwa (KPK) whereas the JUI-F is predominant in the Pashtun areas of Balochistan and KPK.

Both factions of the JUI have a large network of madrassas and mosques that provide the main basis of its religious activism and politics. The two JUIs run over 65 per cent of all madrassas in Pakistan (ICG Report 2003, p. 12).

JUI party workers and leaders are products of the madrassa system. Both JUI factions have backed other India-oriented Deobandi militant groups, particularly the Harkat - ul - Mujahideen and its offshoot, the Jaish - e - Mohammad, with JUI madrassas providing recruits for them. They are closely associated with the Taliban in Afghanistan and its faction in Pakistan.

The Taliban movement reportedly originated in JUI seminaries. Samiul Haq (of the JUI-S) is the leader of the Darul Uloom Haqqania madrassa in Akora Khattak, from where many of the top leaders of Taliban commanders and leaders, including its supreme leader the Mullah Omar, graduated (ICG Report, 2003, p. 13). The JUI-F has also played a role in brokering peace deals between the military and militants in Pakistan’s tribal belt.

For instance, in 2004, two JUI-F national parliamentarians from South Waziristan arranged a deal (known as the Shakai agreement) with the Pakistani Taliban leadership and in September 2006 the JUI-F helped broker a similar deal in North Waziristan. These deals have been criticized for legitimizing "the status of the local militants as power-brokers". JUI-F leader Fazlur Rahman is also reportedly involved in negotiating agreements between the Pakistani Taliban and military and the Afghan Taliban and the U.S.

On the political front the JUI-F has been more successful than the JUI-S. Fazlur Rahman, leader of the JUI-F, was appointed as Chairman of the parliamentary committee on foreign affairs in the second government of Prime Minister Benazir Bhutto (1993-96).

The JUI-F was also the largest party in the MMA, winning 41 seats in the National Assembly and 29 of the MMA's 48 seats in NWFP in the 2002 elections. Subsequently, Fazlur Rahman became the Leader of the Opposition in 2004 and retained the post till 2007.

The JUI-F was also part of the current ruling PPP coalition but left the government amidst charges of corruption against one of its members, an information technology minister of the federal cabinet. In return for JUI-F support, the PPP-led government appointed Maulana Sherani, a JUI-F senator without any formal academic training in Islamic jurisprudence, as chairman of the Council of Islamic Ideology in 2010.

Sherani has frequently spoken out against the government’s legislative efforts, particularly those related to women. He opposed a proposed bill on domestic violence stating that domestic violence was not a major issue in Pakistan until women’s rights groups appeared and "created" it and that any such legislation hinders the creation of a "true Islamic society".

Currently, even though the JUI-F is no longer a coalition partner, Fazlur Rahman chairs the Kashmir committee and another JUI-F senator, Talha Mahmood Aryan, chairs the standing interior committee of the senate. Both factions of the JUI have frequently come together on a common platform to oppose American drone strikes in Pakistan’s tribal areas, viewing it as a violation of Pakistan’s sovereignty.

For example, following the 2 May 2011 U.S. raid in Abbottabad that led to Osama Bin Laden’s killing, the JUI-F and the JUI-S participated in a multi-party conference in Peshawar, condemning the drone strikes and calling on the government to end logistical support to NATO troops in Afghanistan.

On the domestic front, members of the JUI-F have been vocal critics of changes in the blasphemy laws. Fazlur Rahman remained silent until his party left the ruling coalition in December 2010, after which he criticized proposals to amend the blasphemy law.

The JUI-F has also opposed the passage of a bill aimed at preventing domestic violence with its members vowing to fight it "tooth and nail" as, according to them, its passage would "promote Western culture in the Islamic state."